Lucky Jim-Is Jim actually a sympathetic character? Would we want him as a friend?


Is Jim actually a sympathetic character?

Would we want him as a friend? 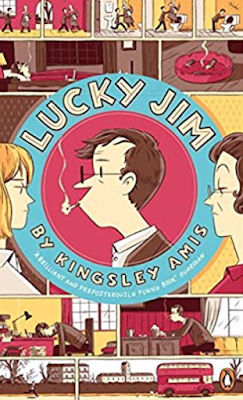 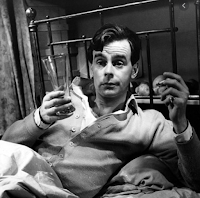 People’s point of view to alcohol and alcoholics are not good both in 1954, when ‘lucky Jim’ was first published, and now. Lucky Jim’s story goes through 3 main events, and there’s Dixon getting drunk every time. He burnt Welch’s furniture in Arty Weekends. At a summer ball, however right the situation may be, he left Margaret at the summer ball and had an affair with Bertrand’s girlfriend Christine. Dixon got drunk in the middle of Merri England speech and completely messed it up, and it made him to be fired. Dixon desperately tried to protect his job, but he didn't even appear to be trying to quit drinking, which is the biggest problem.

[CHARACTER]
Dixon - of course you can't read his mind in real life – often insults other characters in his mind. Not only Jones and Bertrand, who Dixon doesn't like at all, Dixon make fun of Gore-Urquhart because he seems to be listening to Bertrand's words. In reality, we can't read Dixon's mind, but as readers, this is a big problem because we can read all the situations and thoughts.

Dixon appears to be stumped by Margaret in most situations of the novel. Of course, Margaret in the novel is a "bad character," but that doesn't mean Dixon is allowed to cheat. Dixon's love moves from Margaret to Christine as the story unfolds, but ‘Lucky Jim’ ends without clearing up Dixon’s relationship with Margaret. The novel shows Jim Dixon as a hero who saved Christine from Bertrand, but the fact that Dixon had an affair with Chritine does not change.

[Jim is actually a sympathetic person]

1)The relationship between Dixon and Margaret

We can see Dixon's sympathetic in Dixon-Margaret relationship. Margaret is a melancholiac who has even experienced suicide attempts in the past. Dixon has an awkward relationship with Margaret, but he always tries to think her pain and worry about her.

Of course, Dixon had an intention to avoid a conversation with Professor Welch, but Dixon asks to Welch about Margaret. It would be a worried mind and regret. Because he couldn't protect Magaret when she attempt suicide. Dixon blames himself, even though it's not his fault, when Magaret told about the day she tried to kill herself. He thinks that he could protect Magaret if he had noticed what she had bought at the drugstore. Also, he regretted that he didn't keep a promise with her. Because, Magaret would not attempt suicide if Dixon visited her house be on time.

In addition, even though Margaret gets mad at Dixon for nothing, Dixon did not try to fight with her because he always recognizes that Margaret is a sick person. (So Margaret liked him because of Dixon's friendly manner.)

In the novel, Jim is described as a person who despise Professor Welch. Even though it is just a situation in his thinking, Dixon often makes a harsh curse on Professor Welch. It is even uncomfortable for others to hear. Nevertheless, we can see that Jim is a compassionate man through the relationship between Jim and Professor Welch.

Dixon attends Professor Welch's invite, hiding his dislike. Dixon even goes to weekend meetings where he has neither knowledge nor interest. Dixon attends the meeting, risking being discovered that he has not musically ability. Dixon may have a number of reasons to attend the meeting. Of course, the biggest reason may be that he didn't want to fire from Professor Welch. But he would still be there because Welch is his boss and an adult. It would be a heart of respect and consideration for adults. Also, it would be a reward for goodwill of Professor Welch.

Besides the relationship between these two characters, Dixon always observes other characters and acts cautiously. (ex. When he witness the scene of Bertrand cheating, he didn't tell to anyone, and he tried to help Callaghan to repay her helps.)

Of course, Dixon do the rude behavior as much as we can't understand. However, he always tried to fix his mistake, but it didn't work out well. If Dixon is really a bad man, he will blame a other person for his fault. And he will forget his fault soon, so he will not be responsible for his fault.

If Dixon was a cold person, he would have not protected Margaret. In addition, he would have not responded to Welch's invite, making untruth reasons. But Dixon has sympathy, so he could  keep an amicable relationship with other people.
He was just obsessed with the desire to succeed.

[Would we want him as a friend?] 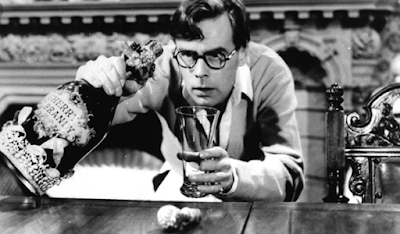 Being comic, yet the novel portrays the harsh job market in the post-war England, especially in the portrayal of Margaret: though it takes place out of the stage, Margaret’s suicide attempt suggests that it is very harsh and severe to make a living for non-tenured teachers in academia. And Dixon explicitly expresses his frustration and anger, as what Somerset Maugham terms in his review “the white-collar proletariat”.

The public lecture scene, the climax of the novel, which is structure like his dream, shows the psyche of not just Dixon but of the white collar proletariat: their superego that suppresses their desires symbolized by such father figures as the principal and Welch. Dixon internalizes their values and ideas so much so that he can mimic or impersonate both of them. At the same time, this dream-like lecture scene is visited by ‘the return of the repressed’. First, he shows his repressed self by impersonating both of them; then, he voices his deep self by showing how much he actually hates the topic of ‘merrie England’, the topic that encapsulates the desire of higher class to be stuck in old time.

Sleeping or being drunk (drinking) plays a key role in this novel because both arouse his unconscious that is usually repressed and hidden underneath; his repressed desire to mock at the snobbish rich intellectual people like Welches, and to destroy the almost impregnable class structure so that he can move up: when he’s sleeping he burns the bedsheet of the house, when he’s being drunk, he mocks at Bertrand or he shows all of himself in the public lecture.

Dixon is always dumb and when you see the start of an accident, it always happens by itself or as a provocation by Dixon. But luckily, Dixon gets a better chance at college, and he gets to meet a girl, but it's questionable whether he will be able to keep it going. Judging from what he's doing, I'm afraid he'll soon get fired and have an accident again. Jim concludes that his major-medieval history - is dull and pedantic and refuses to meet the needs of those with social superiority, rather taking advantage of it whenever he has the opportunity, determined that he can't stand the horrible appearance he has to confront in a dreary village and a university that offers no academic inspiration. If Dixon is my friend, every day is an accident, and it would be hard to watch from the sidelines mentally and physically. 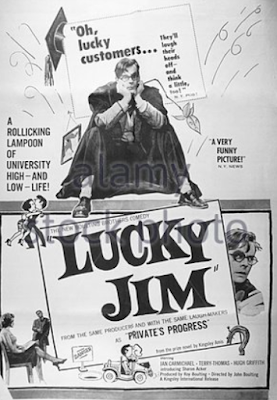